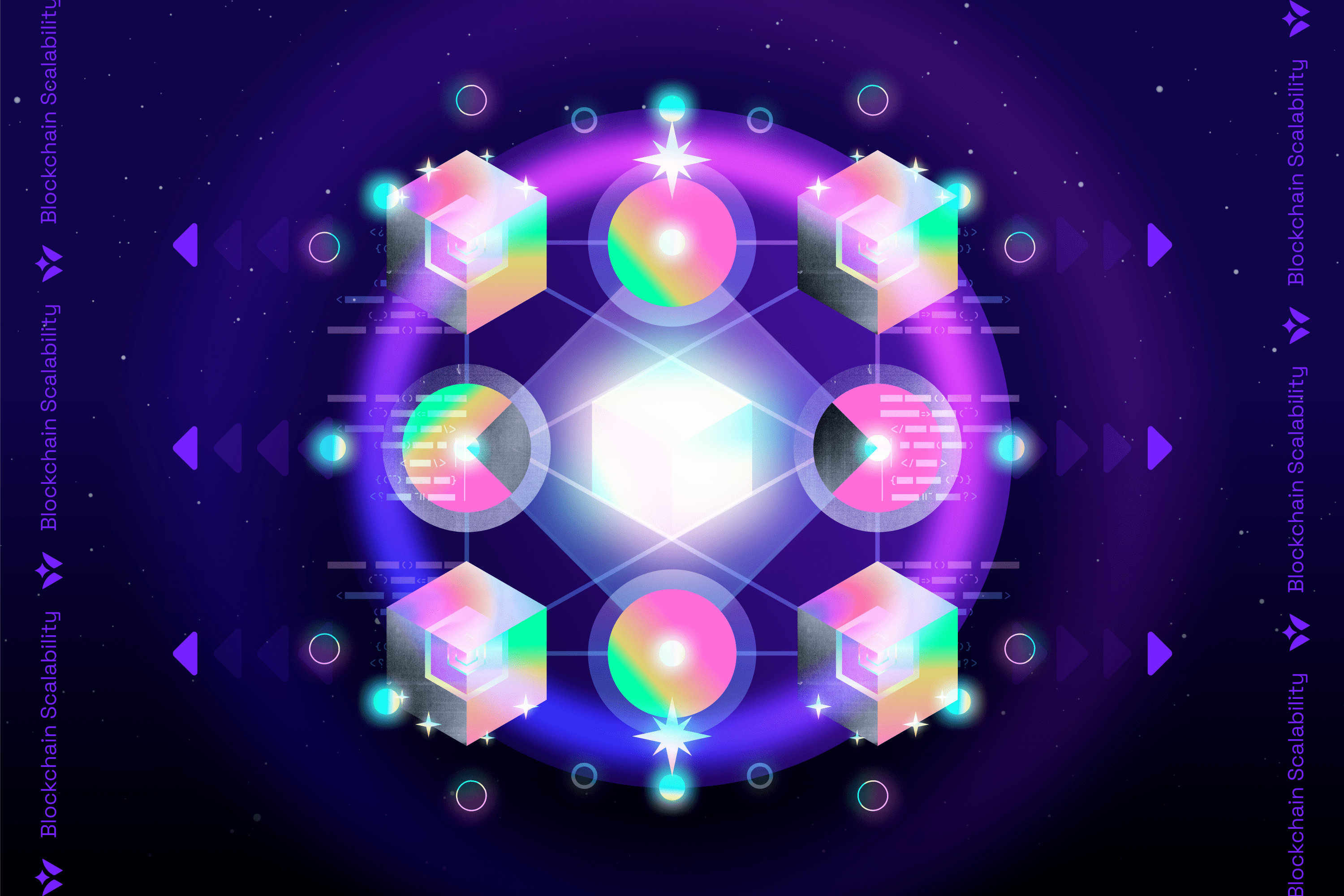 Web3 has now become the buzzword representing a new and better internet. When the idea of blockchain was introduced in 2009, the main emphasis was to offer a secure and decentralized technology that facilitates transparent transactions.

After Bitcoin paved the way, other layer 1 blockchains such as Ethereum, Solana, and Cardano emerged. Also referred to as the ‘mainnet’ or main chain, layer 1 (L1) is simply the underlying infrastructure or the base layer of a blockchain.

However, with the increased growth and adoption of L1s, low transaction speeds and high gas fees have been a major concern. The answer to this problem is layer 2 scaling wsolutions.

In this article, we'll cover the blockchain scalability trilemma, why scaling is a problem for blockchains, and the web3 scaling solutions available.

The blockchain scalability trilemma is a term coined by Ethereum’s founder, Vitalik Buterin. It states that layer 1 blockchains can only offer two out of three benefits simultaneously with respect to security, decentralization, and scalability.

Before we dive into potential solutions, let’s explore each element of the blockchain trilemma:

Though many blockchains have established security and decentralization, attaining scalability is still a significant challenge.

The Ethereum blockchain is home to hundreds of decentralized apps (DApps) that allow users to secure loans, lend, trade, and conduct other financial activities. At its peak in November 2021, ETH had about $108 billion in total value locked (TVL).

However, for a long time, transactions on the Ethereum network blockchain were restricted to 15 transactions per minute. This meant longer transaction times and higher fees whenever the network was congested.

What Are Web3 Scaling Solutions for Ethereum?

An Ethereum scaling solution is simply a method of facilitating the growth of the Ethereum blockchain without compromising its existing operations. Scaling enables faster transactions, lowers transaction fees, and boosts the security of the blockchain.

As the name suggests, on-chain scaling solutions involve making improvements on the blockchain itself. There are two ways to do this:

The Ethereum blockchain originally used the Proof of Work (PoW) consensus protocol like its predecessor, Bitcoin. PoW requires transactions to be validated by all nodes in the network. While this enhances security and promotes decentralization, it increases the transaction confirmation time. The blockchain executed The Merge (Ethereum 2.0) to address this problem on 15 September 2022. This involved joining the original Ethereum mainnet with the Beacon Chain, thus transitioning to the Proof of Stake (PoS) consensus protocol.

Sharding involves splitting the blockchain into smaller chains (called ‘shards’) which can process and validate separate transactions. Nodes don’t have to store data from all transactions on the Ethereum blockchain. Instead, the information can be divided and stored by different nodes. Shards use cross-shard communication protocols to share balances, addresses, and general states.

Layer 2 (L2) in blockchain refers to a technology or network built on top of the Ethereum protocol to enhance its efficiency. These off-chain web3 scaling solutions allow the processing and validation of transactions on a separate network. They're usually built with a specific focus on scalability and transaction speed. Since the transactions eventually post on the Ethereum blockchain, layer 2s can take advantage of the mainnet’s security and decentralization.

L2 protocols have grown exponentially in recent years and have become a very efficient way to solve scalability problems for Ethereum. Here are five types of Ethereum scaling solutions:

A sidechain is a separate blockchain linked to a mainnet or parent blockchain via a two-way bridge. This bridge enables the exchange of tokens between the two blockchains to execute transactions on the sidechain. When transactions are complete, tokens can then be returned to layer 1 via this bridge.

As independent blockchains, sidechains have their own consensus mechanism that enables cheaper and faster transactions compared to the Ethereum mainnet.

A smart contract is required to allow the safe transfer of digital assets between blockchains. However, in reality, the ‘transfer’ of digital assets doesn’t actually happen. The assets are locked in one blockchain and released in the other via a smart contract. Smart contracts minimize the possibility of foul play by requiring validators on the sidechain and mainnet side to confirm cross-chain transactions. It's only with confirmation of transactions that funds are released.

It's important to note that multiple sidechains can be attached to one mainnet, with each sidechain having its own unique architecture. SKALE, Polygon, and Gnosis Chain (formerly xDai) are examples of Ethereum sidechains.

A rollup executes transactions outside the Ethereum blockchain, combines them into batches, and then sends them back to the mainnet. One rollup can contain hundreds of transactions compressed together, thus minimizing the load on the Ethereum mainnet.

There are two types of rollups: zero-knowledge rollups and optimistic rollups.

Since optimistic rollups don’t require validity proofs, they take a shorter time to confirm transactions. The downside is that it could take up to one week to withdraw your funds. Ethereum layer 2s using optimistic rollups include Boba Network, Arbitrum, Immutable X, and Optimism.

Plasma is a scaling solution that creates auxiliary chains linked to the Ethereum mainnet. Also referred to as ‘child chains,’ these extra blockchains are built to help offload transactions from the root chain. Just like sidechains, plasma chains connect to the Ethereum mainnet via smart contracts. However, while plasma chains and side chains are related, they’re not the same.

The plasma structure uses Merkle trees and smart contracts to form an infinite number of child chains. As more child chains are built on top of each other, it creates a structure like a tree. In essence, each child chain is a smart contract designed to meet a unique need. This means that chains can function separately and coexist. ETH scaling solutions using plasma include Gluton Network and OMG Plasma.

Plasma web3 scaling solutions are great for boosting scalability and minimizing the load in the root chain. However, delayed withdrawals, sometimes up to several days, can lead to disputes. In addition, you must regularly monitor the network to ensure your funds' security.

Like a ZK-rollup, a validium is a L2 scaling solution that uses validity proofs to verify off-chain transactions. These validity proofs come in the form of STARKs and SNARKs. However, Validiums utilize ‘off-chain data’ availability rather than posting transaction batches on the Ethereum mainnet like ZK-rollups. By not posting data on the mainnet, validium chains significantly lower gas fees for users.

While validiums have benefits such as fast transaction speeds and reduced gas fees, there are some tradeoffs. For example, due to the absence of on-chain data availability, validium chains cannot take advantage of the mainnet’s security mechanisms. To address this issue, some validium web3 scaling solutions rely on a data availability committee (DAC) to provide proof of data availability. Other validiums use bonded data availability schemes to reduce trust assumptions and prevent malicious activity.

A state channel is a scaling solution that enables two parties to transact freely off-chain while minimizing interaction with the Ethereum mainnet. A state channel is simply a multisig smart contract that takes effect only with the consent of the involved parties.

So, how exactly do state channels work? Let’s say Mike wants to open a state channel with Dan, who sells him the newspaper every day. Mike deposits 0.02 ETH in the channel, and the transaction is recorded on the Ethereum mainnet.

Once done, Mike and Dan can execute as many transactions as they want off-chain. The only condition is that each party must sign the transactions.

When the deposit is exhausted, Mike can publish an exit transaction on the mainnet. Though Mike and Dan may have transacted numerous times, the Ethereum blockchain will only record the entry and exit transactions.

State channels enhance scalability by allowing users to execute transactions faster and at lower transaction fees. Projects to look out for include the Raiden Network, Trinity, Perun, Celer Network, and Liquidity Network.

So, how does this layer 2 solution work? The lightning network allows two parties to create an off-chain payment channel that they can use to send an unlimited number of transactions. Since the transactions don’t need to be confirmed on the mainnet, the transaction times are greatly reduced. Users can shut down their payment channels anytime they wish and settle their closing balances on the main blockchain.

What’s Next for Web3 Scaling Solutions?

The blockchain scalability problem is one of the main things preventing the widespread adoption of cryptocurrency and NFTs. Web3 scaling solutions will continue playing a major role in solving these scalability bottlenecks. In the coming months and years, expect more rollups, sidechains, validiums, plasma chains, and state channels from Web3 startups.

If you’re thinking of building your own web3 projects, try out the awesome project management tools from Wonderverse. 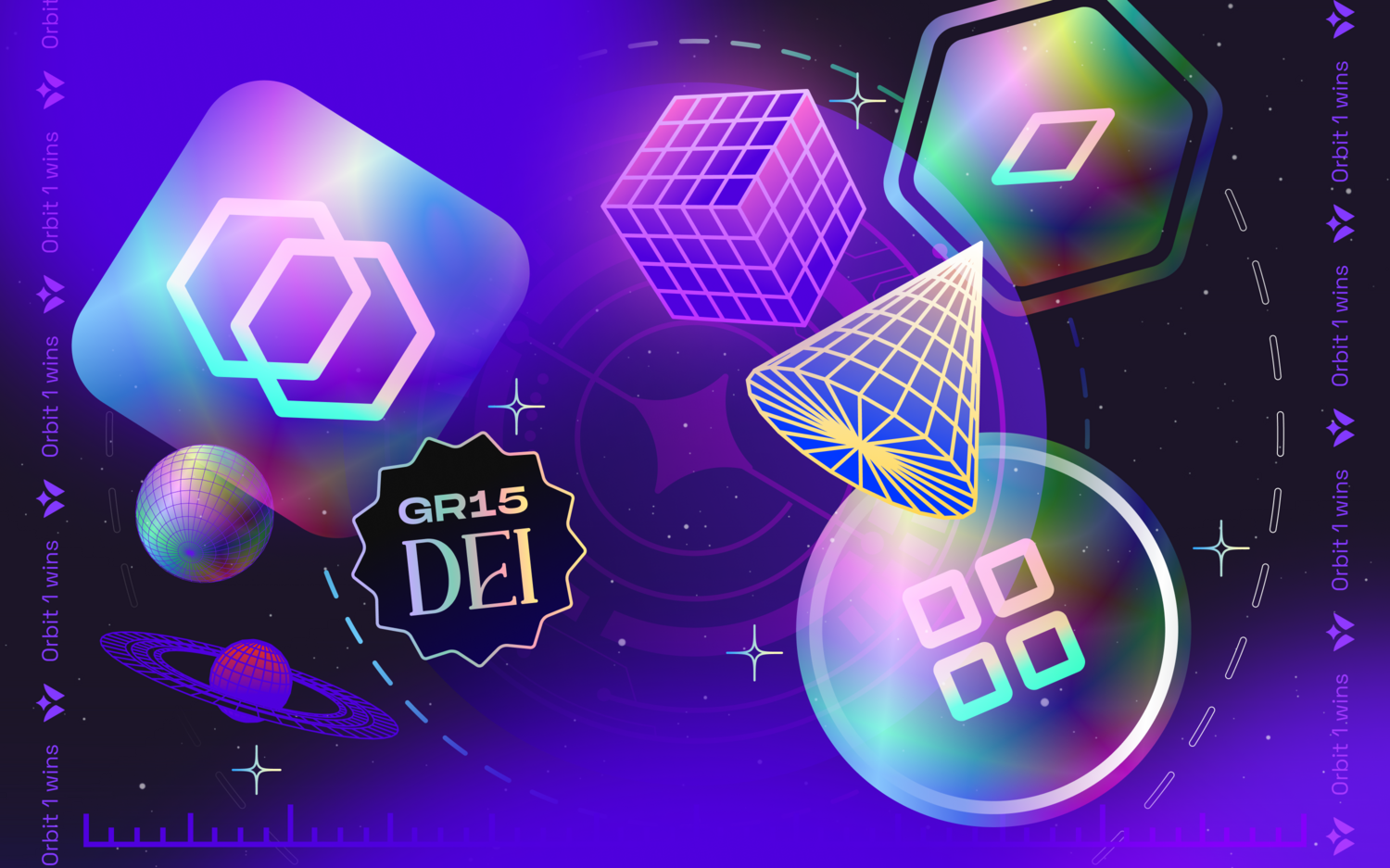