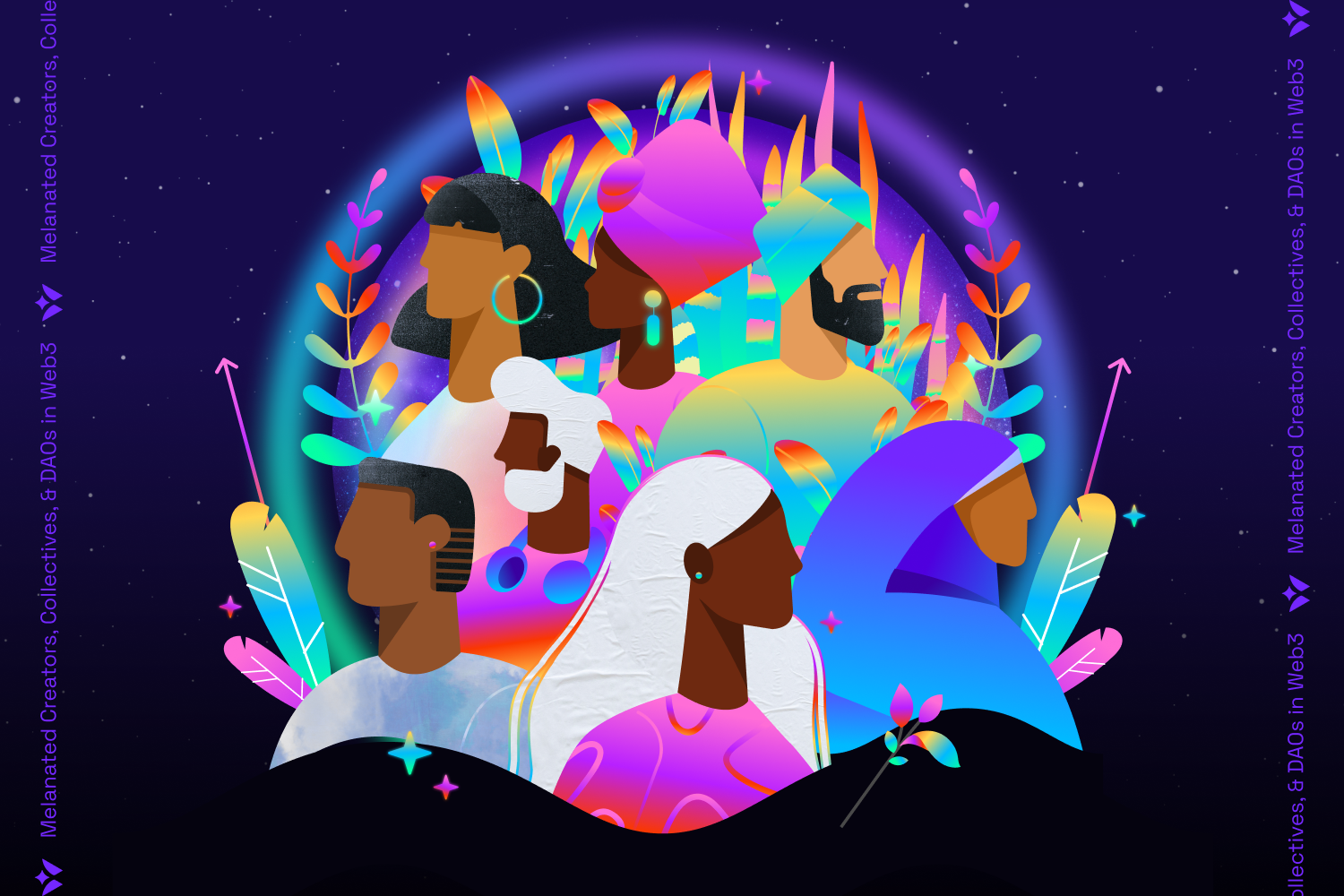 A few months ago, Mike Mongo (an Author and NFT artist) called out Bankless, Permissionless, and Coinbase for their lack of African-American and African descent panelist representation at their 3-day Permissionless conference. After a week of reconsideration, the number of panelists grew from 140 to 197, with still only one Black panelist. How can “the cultural event of the year” not include a significant amount of Black builders, creators, and developers in Web3?

According to the Harris Poll (which surveyed a total of 4,013 people in June and July), 23% of Black Americans owned crypto assets compared to only 11% of white Americans. And yet, even with a significant percentage of Black Americans participating in web3 culture, we continue to be ignored and utilized for clickbait propaganda. The truth is white supremacy lingers itself in all aspects of life, even Web3. Go to your Twitter search bar, type in “black people in Web3'' and read what shows up. We have endured resource exclusions, empty DEI promises, digital mockery, and more.

Thankfully, melanated creators, collectives, and DAOs do exist in Web3, such as 50mm Collective, Prism Collective, 40acres DAO, The BlkChain, Zarah, Wakanomy, Zanib, Black@, Ancient Warriors, and Disrupt.Art (the first black-owned NFT marketplace on the $FLOW Blockchain). These communities and so many others are combatting mainstream white supremacist ideologies in the metaverse.

The 50mm Collective is an NFT Art Collective platform founded by Raven50mm and Chelsea Quintela. Their unique art galleries showcase diverse art from Black, Queer, and other historically underrepresented communities. Raven is a community builder and photographer at heart, and their passions are always present in their work within the community. 50mm Collective has built a trustworthy rapport in the Web3 ecosystem because they mean what they say and say what they mean. One of my very first interactions in Web3 began with the 50mm Collective. The first NFT I ever sold happened at their Bold.Black.Beauty. Virtual Art Gallery. I’d have to say, the former 50mm Collective Gallery Curator, imtheSNT brought a unique and inclusive style to the curation process. Their methods of choosing art pieces that vibe so well together is a true gift from above. 50mm Collective’s current Art Gallery, “Visibility Gallery,” will celebrate and focus on LBGTQIA2+ Creative Artists in the Web3 ecosystem from June-August 2022.

The BlkChain is a cultural coverage hub that focuses on highlighting Women and BIPOC NFT Creators. Originally a weekly newsletter written by Sian Morson, The Blkchain has expanded into a website, Discord server, and a Gallery Curator. The BlkChain consists of artist features, new NFT drops, and a resource hub. There are little to no barriers for melanated creators to access the platform. Creators can post their NFT artwork within the Discord server to feature in The BlkChain’s newsletter. The presence of TheBlkChain gives hope to melanated creators.

Zarah Charm is an extraordinary Web3 creative artist, community builder, and the Queen of hosting Twitter Spaces. IRL, Zarah was a Natural Hair Stylist for almost a decade and decided to convert her skills over to Web3. One of her most prominent Web3 projects to date is the “Crypto Hair Magazine” NFT collection. The pioneering project celebrates Black and/or African descent hairstyles and culture while centering on womxn in Web3. Her magazine covers have included Web3 trailblazers such as Crux, Blk Orchid, Charm Taylor, and so many other talented creatives. Black hair tells stories that are exclusively decoded by Black people, and Zarah understands this metaphysical history.

As the 40acres DAO motto goes, “Only way forward, is together.” 40acres is a social DAO (decentralized autonomous organization) dedicated to creating resources and opportunities for underrepresented communities of color. The founders of the DAO are two Southern Black men who made a promise to be the change that they wanted to see. The DAO focuses on onboarding melanated college students, young professionals, creatives, and entrepreneurs. In March 2022, 40acres DAO and Disrupt.Art collaborated during Austin’s SXSW for a fun and productive weekend of IRL Web3 activation events. 40acres received a grant from Flow Blockchain, which allowed the organization to assist community members with transportation, food, and lodging during SXSW. In the 40acres DAO Discord server, there are various guilds (workforce areas) for community members to sign up and collab in. Community members are compensated in various currencies, (the DAO will soon compensate only with 40acres’ token). The DAO utilizes Dework to keep an organized track of which members are dedicating their efforts, skills, and time to the community. Within 40acres DAO, guilds such as the Uhuru Force focus on IRL public services and community building in resource-deprived communities via education engagements, book hub projects, and more. ‍

Wakanomy is a curative NFT marketplace and platform powered on the Polygon blockchain. Wakanomy’s mission is to be easily accessible and attainable for creatives new and old to Web3. They have an amazing and helpful team including multi-creative artists such as Tipz The Composer (Founder) and Rhyver (Chief Visionary). The platform also spotlights digital financial protection and security. If you want to learn about Crypto Wallet security during your onboarding process, then Wakanomy has your back. When it comes to music, Wakanomy’s Twitter Spaces are always filled with heavy hitters in the Web2 music industry atmosphere. This organic “bridging the gap” element separates Waknomy from other curator platforms. Connecting the mainstream music industry to web3 musicians is a game-changer.

For Web3 to be a “WAGMI” space, there must be a concentrated effort to support historically underrepresented communities of color. The melanated communities in Web3 that are fighting to acknowledge, highlight, and support Black and Brown creatives are changing the atmosphere and ecosystem of Web3 in a revolutionary way.

Melanated communities have historically proven that we can make it on our own. The question remains, will mainstream Web3 communities help us, hinder us, or let us be?